The last time John Richard Bingham was seen was the night of November 7, 1974, when he killed the Lucan’s nanny, Sandra Rivett, and attempted to kill his ex-wife, Lady Veronica Lucan. Then he disappeared. The mystery of missing Lord Lucan has been a puzzle for detectives ever since—did he run away? Is he dead?

On this episode of The Lady Dicks, the #Dicksquad is dick-tecting the mystery of Lord Lucan’s vanishing and covering the six theories as to what happened to him. Did he get eaten by a tiger? Did he drown in a lake? Is he living it up in Australia as a Buddhist? Is he, perhaps, the ghost of Galway? Join us as we discuss this true crime mystery.

Listen to the Episode

Join The Lady Dicks as they dick-tect the mysterious disappearance of Lord Lucan. You can listen to this episode on your favourite podcast player or you can stream it below:

The 7th Lord of Lucan

Richard John Bingham, the 7th Lord of Lucan, was born in 1934 to George Bingham, 6th Earl of Lucan by his mother Kaitlin Dawson. When his father the 6th Lord of Lucan died in 1964, he officially became Lord Lucan.

He lived an extravagant lifestyle and was known to race powerboats, drive an Astin Martin and was even said to be considered for the role of James Bond.

But by 40, his life had taken a MAJOR downturn. He was in a “bitter custody battle” with his estranged wife, Lady Veronica Lucan. And while still considerably wealthy, he was in a “downwards spiral of hard drinking.”

The Death of Sandra Rivett

On the night of November 7, 1974, an intruder entered the Lucan home on 46 Lower Belgrave Street where Veronica Lucan lived. The family nanny, Sandra Rivett, was in the home and was attacked in the dark basement and beaten to death with a “length of metal pipe wrapped in surgical tape.”

Veronica was also attacked but managed to fight off the assailant—though it’s important to point out that in a second version of the story he beat her and left her for dead NOT that she’d fought him off. Regardless, bloody and injured, she staggered into a nearby pub seeking help.

Veronica told the authorities that her husband, John Bingam, the Lord of Lucan, had attacked her and killed Sandra. She had just won a court battle against him that gave her custody of their children, he was “heavily burdened by debt” and had a history of domestic abuse.

But when police arrived to track him down, Lord Lucan was nowhere to be found. He was last seen in the early morning of November 8, leaving the home of his friend Susan Maxwell-Scott. He had visited Susan and posted two letters to friends.

His car was found not far from Susan’s house in Newhaven. Inside his car police found a metal pipe wrapped in surgical tape that was almost identical to the weapon they’d found at the home on Belgrave Street, along with bloodstains inside the car. Not only that, but the two letters he had posted were handed into police, one of which had blood droplets on it.

A warrant for Lord Lucan’s arrest was issued and Interpol was notified. But despite the international manhunt, no one knows what happened to him…

In June of 1975, a coroner’s inquest was held that returned a verdict of “willful murder” naming Lucan as the killer. This was the first time since 1760 that an aristocrat was named by a coroner’s inquest. And it was also the last time that a murder suspect was actually named a murderer without or before a full trial had occured.

So, what happened to Missing Lord Lucan?

Theory No. 1: He Drowned

A close friend of Lord Lucan, James Wilson, said that Lucan killed Sandra accidently—in fact, this is the running theory. November 7 was a Thursday, which was typically Sandra’s day off. However, for whatever reason, she was there that day working and it’s suspected that she was mistaken for Veronica and killed first. When Lucan realized his mistake and came across Veronica, he attempted to kill her too.

Wilson thinks that after killing Sandra accidently, Lucan was wracked by remorse, guilt and panic, which led to him filling “his pockets with stones before jumping off his boat and drowning himself in Newhaven Harbour.”

He said that Lucan had been planning to kill his wife for “quite some time” and even allegedly went to so far as to tell a one Lady Osborne, mother of his friend Lord Aspinall, who responded with: “Well John, if you intend to do that, make sure you hide her body well.” Then laughed maniacally (technically the “maniacally is an add on but COME ON). Apparently “not many” people liked Veronica Lucan.

Wilson said that “when it went terribly wrong he must have realized he only had two options open to him: hand himself in or kill himself.” But if that’s true… why didn’t they find the boat out in the middle of the harbour?

Theory No. 2: He moved to Africa

Shirley Robey worked for casino owner and friend of Lord Lucan, Lord Aspinall. During her time working there she overheard several conversations between Aspinall and James Goldsmith that Lucan was hiding out in Africa. While she heard this throughout her time working there, Robey didn’t actually know anything about the story so she never reported it. After she left and learned about the story, we believe she didn’t recall where he was staying (or didn’t know any details).

Theory No. 3: He was eaten by a Tiger

In what is a Tiger King-style ending, one of Lucan’s “wealthy gambler friends” Philip Marq claims he was told by Clermont Club regular Stephen Raphel that Lucan drove himself to a Kent zoo owned by Aspinall where his “friends” told him that “without proof of death” his estate would end up in probate and his kids wouldn’t get anything until they were old enough to manage their affairs—thus cutting Veronica out of it too.

They further said that he was not fit for life on the run. Their solution? They gave Lucan a pistol, which he took into the other room and shot himself. Then his group of “friends” fed him to Zora the tiger.

Theory No. 4: He was innocent but went on the run

Lucan’s brother Hugh Bingham was steadfast that his brother never killed anyone, but he went into hiding because he knew he would be blamed. This theory argues that while Hugh never disclosed where his brother was, he said that the police investigation “didn’t quite add up” and his friends helped him flee.

Theory No. 5: He’s alive in Australia

The son of Sandra Rivett, Neil Berriman who’s currently in his 50s, claimed in January 2020 that he tracked down Lucan who was living as a Buddhist in Australia. According to the Harpers Bazaar article, Berriman said he was “in his mid-80s, seriously ill, awaiting major surgery and virtually housebound in a large shared detached house in the suburbs.” A neighbour also confirmed that someone who looks like him and is English lives there.

This poses an interesting problem for Lucan’s son, if true. While Lucan was declared dead in 1999, the death certificate was just won in a court battle by his son in 2016. This death certificate allowed his son to claim the title of Lord Bingam. But if Lucan is alive, his son can not retain the title.

… if Lucan is alive he would be 85 years old now. Scotland Yard said they would look into the matter according to Berriman.

As a side note: Lady Lucan wrote a letter that was published in the Daily Mirror three years after he disappeared asking him to give himself up, but she later said that she thought he committed suicide. Lady Veronica Lucan died in 2017 in the same home she was attacked in at 80 years old. A Coroner’s inquest found that she’d killed herself with a cocktail of “drink and drugs” after “wrongly self-diagnosing with Parkinson’s disease.” It was said that she was a recluse that hadn’t spoken to her kids or sister since the 1980s. Her fortune was left to charity.

Theory No. 6: The Ghost of Galway

This brings us to the “Ghost of Galway.” In 1998, The Irish Times wrote a story called “Ghost of Galway may be Lord Lucan” that posits exactly what you think it does… that Lord Lucan died and became a ghost that now haunts Galway. Let’s dig into that a bit…

The Ghost of Galway haunts government buildings in the city of Galway on Ireland’s west coast. This supernatural being wears an “Aran jumper” along with a hat with the brim turned down.

The most sightings of this ghost are seen at Davitt House on Tuam Road. He’s reportedly been seen by half a dozen patrons, when they try to follow him he disappears. He’s heard coughing and making noise, and The Telegraph said: “the situation has become so serious that some female staff members are reluctant to walk the corridors alone, particularly after dark.”

Why do people think this ghost might be Lord Lucan? Because the appearance of the ghost “coincided with major development work on lands owned by Lord Lucan.” Admittedly, this is a HUGE stretch and definitely bullshit if Lucan is still alive!

The Lady Dicks did not just magically come up with the information for Is Lord Lucan the Ghost of Galway? themselves, they, in fact, did research beyond Wikipedia (thanks jerky iTunes reviewer for your one-star comment), and here are those sources:

Did you love this episode? Don’t forget to pin it!

What do you think happened to missing Lord Lucan? Share it in the comments below ?????? 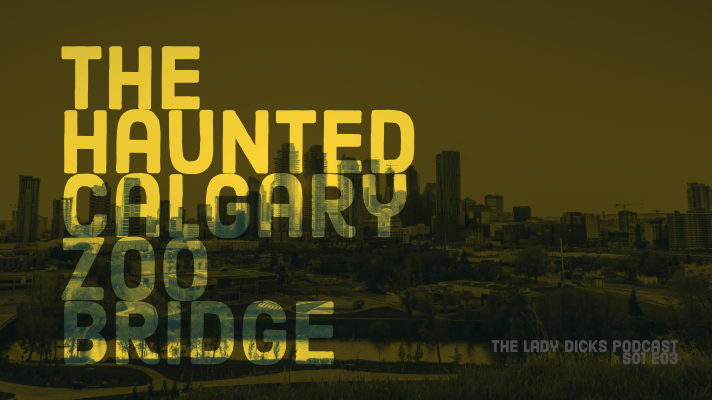 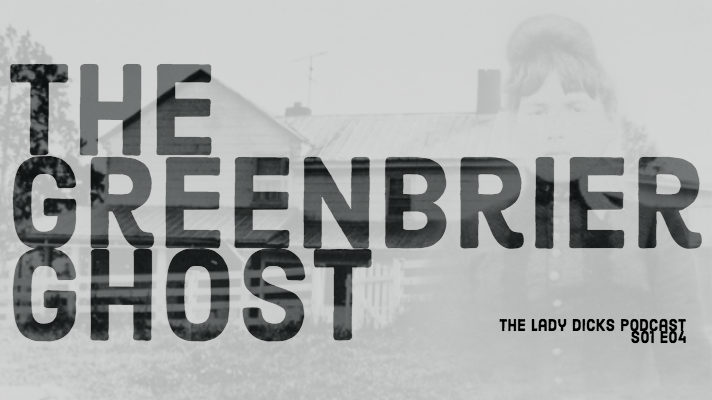