The Lady Dicks contains affiliate links and is a member of the Amazon Services LLC Associates Program. If you make a purchase using one of these Amazon links, we may receive compensation at no extra cost to you. See our Disclosure for the finer details on what that means.

When you think “haunted hotel” chances are, Oklahoma isn’t the first state that comes to mind.

Georgia? Sure. Texas? Of course. New Mexico? Why not… but Oklahoma? Not the first pick.

However, as it turns out, there are a number of spooky places you can hang your hat in the Sooner State.

From Oklahoma City to Edmond, if you’re looking to score yourself a room at a haunted Oklahoma Hotel, these 6 fit the bill.

Most haunted hotels in Oklahoma

The Arcadian Inn has a history dating back to 1908 when Dr. AM Ruhl had it built as a family home.

Despite not having practiced medicine at home, there are rumors that Dr. Ruhl kept cadavers in the house during the 40s and 50s.

However, the ghost that roams this historic hotel today is none other than Edith Ruhl, wife of the good doctor.

She passed away in 1977, though it’s unclear whether or not she was at the house at the time. Regardless of death location, guests sometimes report strange occurrences attributed to the lady Ruhl.

Truthfully, the ghostly activity at the Arcadian Inn seems to be limited. So, if you’re looking for a slight thrill but want to be able to sleep at night this is probably the haunted Oklahoma hotel for you.

Built in 1907, as a family home by F. E. Houghton, this 8,000 square foot mansion has four floors and 6 guest rooms. It was later turned into a funeral home with a morgue in the basement, before ultimately ending up as an inn.

During the Houghton’s tenure at the home, their 8-year-old daughter, Agusta or Irene — the jury’s out, died in the house. Guests and hotel staff report that she plays with toys around the old hotel.

She’s not the only ghost in the home though. In the former morgue, there’s an unknown male entity not related to the Houghton family.

Some say that other members of the Houghton family are still on the property as well, though there’s limited information on their hauntings.

Despite their website being cutting edge in the early 2000s, you can check out pictures from each of the rooms.

There are only 6, with $77 being the least expensive, and $137 the most. However, if you want to swing for the Murder Mystery package (and who wouldn’t) you can expect to pay $245.

If you’re looking for a haunted Oklahoma hotel with a bit of mystery, the Stone Lion Inn is the place for you.

Previous occupants include a “hanging” judge (that is, a judge that oversaw hangings in the area) and his wife, so it’s not surprising that there might be one or two restless spirits milling about.

A former housekeeper once reported the apparition of a woman dressed in old-fashioned clothing in one of the guest rooms.

However, the majority of the spooky reports are unexplained noises like footsteps and voices, along with a rocking chair that has a mind of its own.

It’s a quaint home perfect for an under-the-radar vacation with your partner. Take advantage of their hospitality and delicious food, and enjoy the surrounding town!

Now the Skirvin Hilton Oklahoma City hotel, the former Skirvin Hotel is grand and historic. And like other historic hotels, it’s said to be haunted.

The most infamous ghost at the hotel is a female entity named Effie. She was a hotel maid around in the earlier years and had an illicit affair with the owner of the Skirvin Hotel.

Unfortunately, Effie became pregnant, and to avoid the shame of the baby news, the owner locked her in a room on the 10th floor.

Brokenhearted and unable to leave, she jumped from the 10th floor of the Skirvin Hotel. Sadly, it wasn’t the escape she was looking for.

Effie died from her injuries, and now her ghost is stuck on the property. She has a risqué personality, she appears naked in front of male guests and occasionally propositions them. Guests also report hearing a baby crying and doors slamming.

If you’re looking for a grand hotel with a ghost story or two to tell, the Skirvin Hilton Hotel is perfect for you.

The Atherton Hotel in Stillwater, OK, doesn’t quite have the length history of some of the other choices for haunted Oklahoma hotel.

Located on the Oklahoma State University campus, there are reports of mysterious lights, glows and shadows, lights that turn on and off, and doors that can’t seem to stay open or closed.

Despite the spooky entities lurking in the area, it’s said to be a gorgeous hotel. Freshly renovated, this gorgeous boutique hotel is worth the visit if you’re in the area.

The Nobel House & Restaurant was originally opened in 1912 as a boarding house. It was then expanded in 1937, and today it boasts 5 guest rooms.

The 2nd floor is said to be particularly active. Guests have reported hearing footsteps, temperature drops, and unexplained whispers.

There’s no word on who the cause of the paranormal events is, but the rooms are named after former town residences.

Minus the paranormal experiences, this is one of those quaint and unique hotels. If you’re in the Watonga area, it’s worth the stay!

Planning a trip to Oklahoma?

Oklahoma is a great state for a road trip.

But it could also make for a great weekend trip if you’re looking to get out and about. You can find more than an haunted Oklahoma hotel or two, there are plenty of other attractions.

Here are a few places in the state you can check out if you want a paranormal adventure: 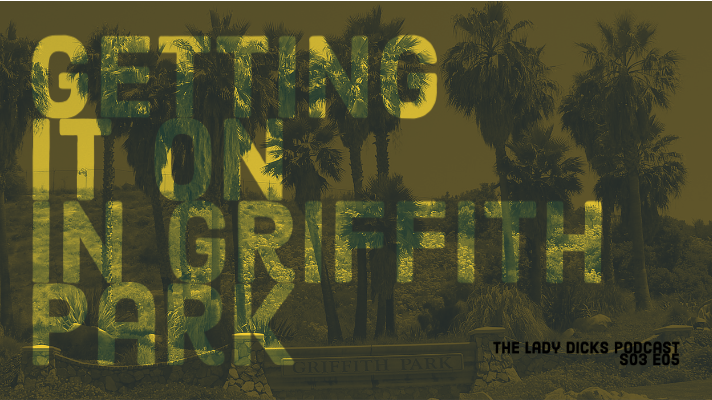 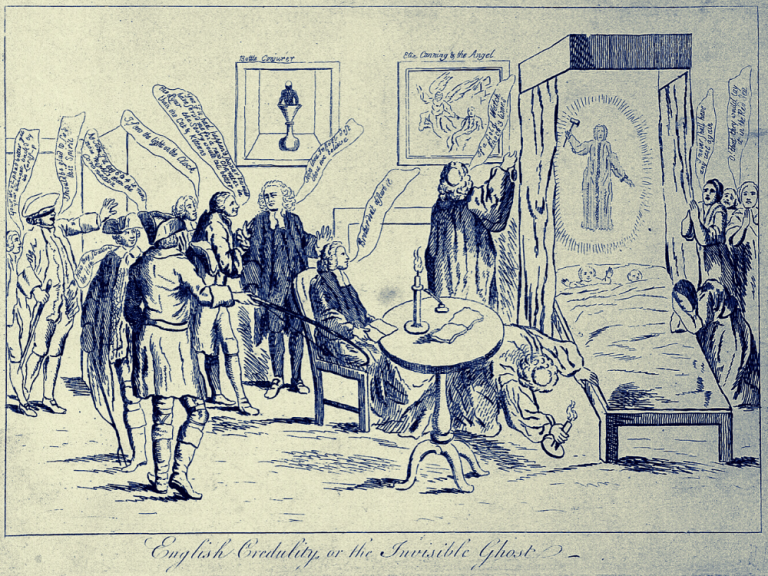 Nearly a hundred years before the modern spiritualism movement swept the globe and the infamous Fox sisters fooled a whole community with their toe-clicking séances, another ghostly phenomenon shook 18th century London. It’s a story filled with sex, lies, scandal, and murder, that almost ended with an innocent man swinging from a rope. Today we… 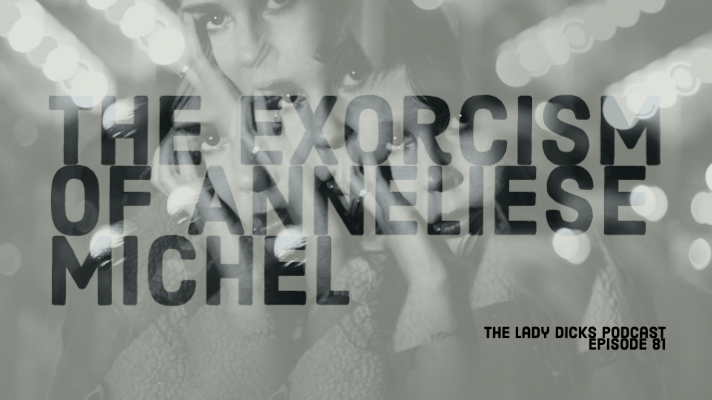 So far we’ve learned how to spot witches, become pirates and defeat (some) ghosts, and here at #DickHeadquarters we think it’s high time we start tackling some demons. We’re going to be covering a creepy and sad story of a sick young woman who was exorcized over and over again, instead of being given medical… 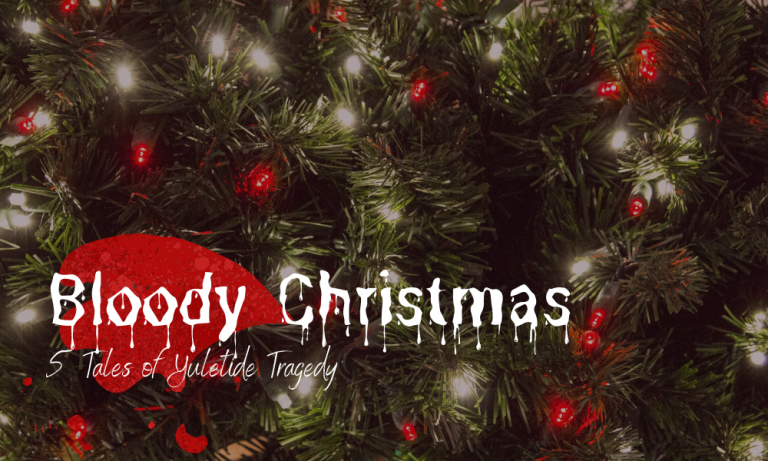 The holiday season continues with some Christmas horror stories. Yes, there is blood and, oh boy, is there going to be murder. Join the Lady Dicks for the next instalment in Holiday Horror Stories where the #DickSquad shares the tales of the Covina Massacre, the Grapevine Christmas Tragedy, Michelle O’Dowd under the Christmas tree, the Lawson Family… 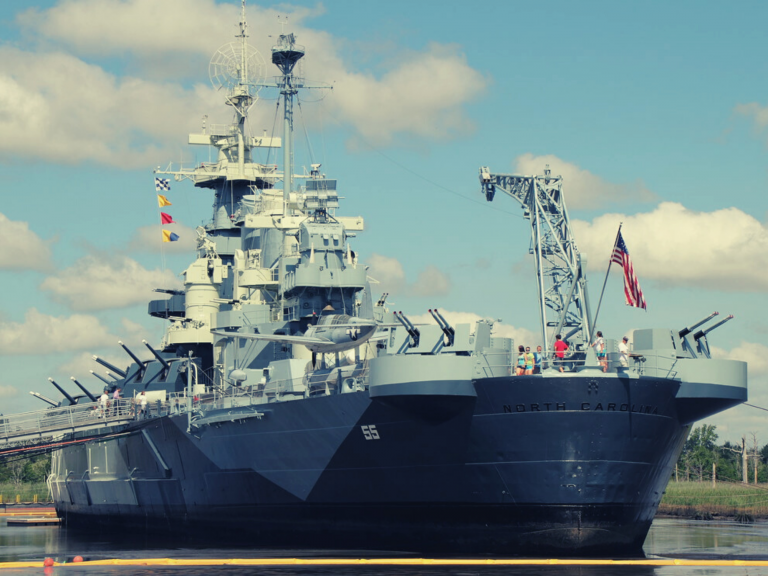 The Battleship North Carolina was a major player in the Pacific War theatre during WWII. Even though the death toll during her active years was quite low, ghosts are said to be quite active aboard the ship. So active that paranormal investigators, including TAPS, have been investigating it for years. This naval relic is allegedly… 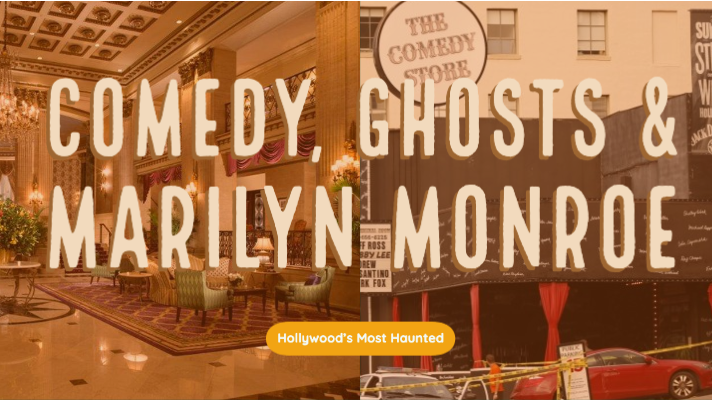 The Lady Dicks are back, yet again, with some good ol’ Hollywood tales. Today we’re talking about The Comedy Store and The Roosevelt Hotel… and the supposed ghosts who still haunt them. We highly recommend you check out the podcasts promoted on this episode. You can find more information on the Shamble Fest at www.patreon.com/shamblefest and WineMind…

There’s a world full of history, mystery, and haunts that you’ve never heard of, and we’re here to share those stories. From the most haunted places you can visit to stories that will keep you up at night, we’re here to deliver. Plan your next spooky vacation, create a haunted playlist or grab yourself an audio tour. Let’s see the haunted world together!